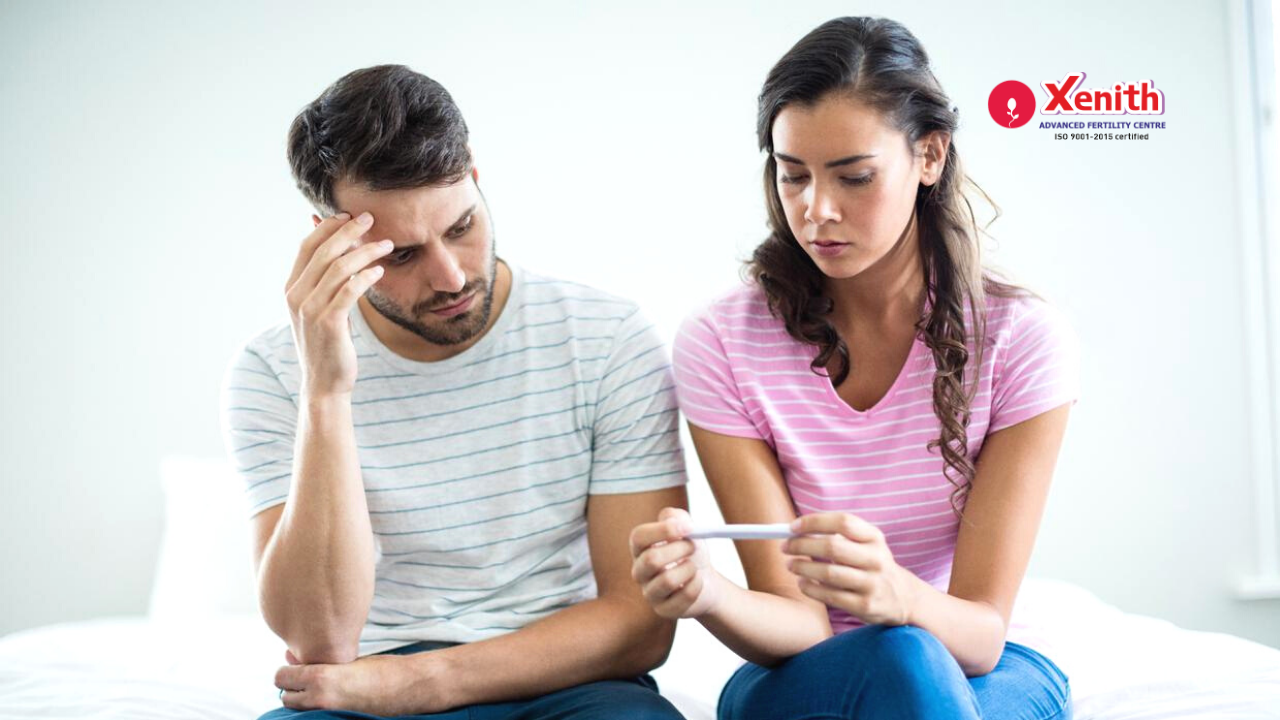 Human Immunodeficiency Virus (HIV) is a virus that attacks the body’s immune system, specifically the CD4 cells, which are a type of white blood cells, weakening a person’s immunity against opportunistic infections. It can be transmitted through blood (unclean needles or unscreened blood), by having unprotected sex, or from mother to baby.

Once infected with HIV, it is there for life because there is currently no effective cure. However, with proper medical care and antiretroviral treatment, HIV can be controlled and people can live long healthy lives. The antiretroviral treatment works by decreasing the viral load or the amount of virus in the blood. About 38 million people in the world were living with HIV in 2020. Since many young HIV-infected patients are living longer and healthier lives, they can now contemplate having children.

Fertility can be affected by HIV infection through biological and psychosocial factors. The virus affects the white blood cells and therefore can lower the body’s immunity making it prone to various other illnesses. It can also cause weight loss which in turn can result in infertility. Drug abuse may also impact fertility.

In men with HIV, sperm functions like motility, morphology, and quantity are impaired along with decreased semen volume. Inflammation of the testicles and production of insufficient testosterone levels might occur in HIV-infected men leading to infertility issues. Such people also experience decreased sex drive and erectile or ejaculatory dysfunction.

Women living with HIV tend to have lower birth rates than the general population. HIV-positive women could also have some issues with their menstrual cycle where it is sometimes absent or no egg is released during ovulation. In addition, stress, a weakened immune system, weight loss, and the presence of various other sexually transmitted diseases may cause infertility in HIV-positive women.

Using antiretrovirals before pregnancy may protect women from having a miscarriage.

Psychosocial conditions can also affect fertility because issues like fear can decrease the frequency of sexual intercourse, and cause stress. People with HIV may have limited access to medical care in terms of reproduction, and lack the knowledge of how to conceive safely. There is also a stigma attached to being HIV positive from their community. The fear of transmitting HIV to the child could be a deterrent to fertility although with rigorous testing this can be minimized. The desire for motherhood and the decision to have a child can also be affected by family support.

Assisted reproduction options like IUI, IVF, and ICSI can serve as a blessing for people facing fertility-related issues and can be a safe choice for couples where one partner is negative and the other is positive for HIV. With the development of antiretrovirals, a growing number of HIV-positive women can opt to have safe vaginal deliveries. However, a completely separate area and unit catering to HIV positive couples needs to be considered during ART treatments to avoid the risk of contamination and transmission to other couples, though this risk is very low.

Antiretroviral therapy followed by fertility treatment can enable female HIV-positive patients who desire to become mothers to have a healthy pregnancy. To reduce the chance of infection transfer to the child, the woman is kept on medication throughout her pregnancy. Preexposure prophylaxis is an oral daily pill for people who don’t have HIV but are considered high risk to protect themselves.

Before starting the treatment cycle, one would undergo HIV viral load test to measure the number of HIV particles present in the blood and do a blood test to look at the number of CD4 cells in the body to check the immunity. Thus, infection is minimized with the use of antiretroviral drug combinations during pregnancy, neonatal prophylaxis, elective Caesarean delivery, and avoidance of breastfeeding.

If the male partner is HIV positive, the sperm is washed and motile sperm are separated from the rest of the ejaculation and inseminated into the egg. Sperm washing eliminates seminal plasma and the majority of immotile sperm and is then tested for the presence of HIV RNA.  A special method of sperm preparation is used for washing semen of affected men.

Hope for Those with HIV to Start a Family

In the past, pregnancy was discouraged among women living with HIV because of the risk of infecting the baby by the mother. Presently, however, this risk is negligible if the people living with HIV achieve viral suppression by taking combination antiretroviral therapy before planning pregnancy.

Evidence indicates that fertility treatments can be a safe option for couples where one or both are HIV positive, although the potential risk of viral transmission cannot be eliminated it may be safer than attempted natural conception. According to a report by WHO, the transmission rates of HIV from mother to the offspring can be reduced to below 5% with effective treatment during the cycle of pregnancy, delivery, and breastfeeding.   Feel free to contact Xenith Advanced Fertility Clinic for any questions on infertility treatment for those with HIV. We would be happy to guide you in your desire to start a family.