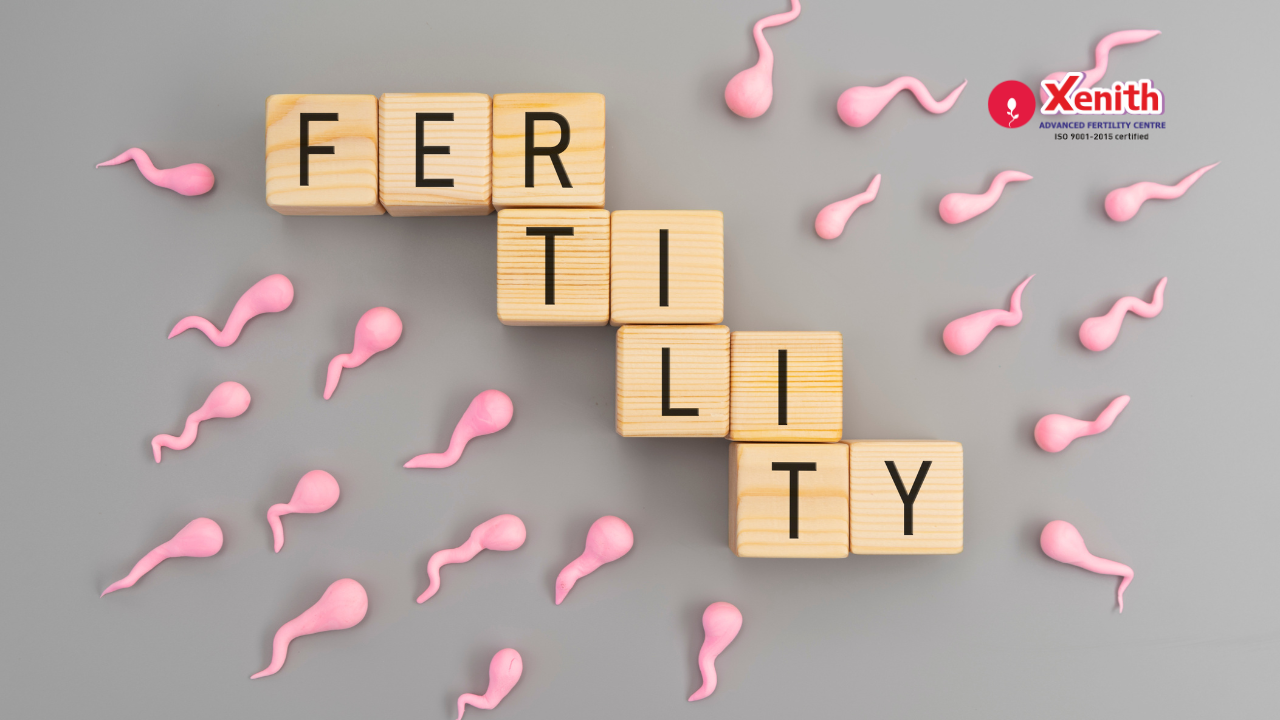 When trying to conceive, its useful to know when is your peak time for fertility, how fertile you actually are, what could affect fertility and is there anything you can do to become more fertile.  One is considered fertile if one can conceive within 1 year of having regular unprotected sex.  Whether your fertility is low or high, there are various things one can do to aid in this journey.

The main purpose of the menstrual cycle is to prepare the body for pregnancy in case it happens.  The average length of the menstrual cycle is considered to be 28 days although it can vary anywhere from 21 to 35 days for different women.  The menstrual cycle begins and ends with the first day of menstruation and is divided by ovulation into the follicular phase, which is the time before ovulation, and luteal phase, which is the time after ovulation. Ovulation is considered to be the time when the mature egg is released from the ovary into the fallopian tube and, on average, it occurs around day 14.  So, ovulation day is considered to be the time of highest fertility.  The fertile window during which there is a high probability of conception from unprotected sex, is defined as the day of ovulation (the egg can survive for 12-24 hours) and the 5 days preceding it(the sperm can survive about 5 days).  So ideally, the sperm should be in place as soon as the egg is released in order to fertilize the egg.  If the egg is fertilized by the sperm, it will travel to the uterus.   The uterine lining thickens in order to prepare for possible implantation and the texture of the fluid in the cervix can change making it easier for the sperm to swim through.  If, however, the egg doesn’t get fertilized, the uterus sheds its lining along with the egg and the period begins again, starting another cycle.  So the level of fertility can go from low to high depending on which phase of the cycle you are in, with the highest during ovulation and the lowest during menstruation.  The characteristics of the menstrual cycle may be affected by age, where fertility declines rapidly after mid 30s, ethnicity, body mass index (BMI), overall health, stress, hormonal levels and lifestyle factors.

Every girl is born with a fixed number of eggs which begin decreasing at the start of each period in puberty until menopause where there are no more eggs left in the 2 ovaries.  Each woman is different in that some women will get their period regularly at the same time each month and others may be more irregular.  Some may bleed heavily or for a longer period of time.  Your period could also be affected as you age or during certain stages in your life due to chronic health conditions or other factors.

Signs of lower fertility- could include irregular or no periods, painful or heavy periods, spotting before period starts, facial hair growth or thinning hair on head in women which could be hormonal, sudden weight gain or weight loss, swelling or pain in testicles, problems with ejaculation, small and firm testicles amongst other signs.

Nowadays, there are many mobile apps that are being used to keep track of fertility.  The calendar app looks at the length of your menstrual cycle and predicts when you will be most fertile.  The basal body temperature based apps look for the rise in temperature to predict when you will ovulate and other apps also include other parameters like cervical mucus consistency.  You can also use ovulation strips which detect the LH levels in the urine sample to predict ovulation.  Thus women who want to track their fertile days need to understand their own cycle characteristics rather than standardized cycles. (3)  Other tests measure your estrogen as well as LH levels.  All these data can be downloaded into your computer to make charts to predict when you will ovulate.  At the doctors office, they can do a transvaginal ultrasound and blood tests to determine when you will ovulate  and these results will be much more accurate than your at home tests.

Fertility can be affected by many things like genetics, health, lifestyle, diet amongst other factors.  Using supplements could help you come one step closer to successful conception.   Some of these supplements are folate which is essential in the first few weeks of pregnancy to prevent neural tube defects and for healthy cell division, Zinc to improve sperm and egg quality, selenium, Coenzyme Q10, Vitamin D and omega 3 fatty acids.  Begin taking prenatal vitamins especially folate at least 3 months before trying to conceive.  Consult your doctor about what supplements and amounts of each you need to take for your individual needs. Tracking when you are highly fertile can seem to be an arduous task.  Come speak to the experts at Xenith Advanced fertility centre to find out more details about fertility and what you can do to make your pregnancy dreams come true.