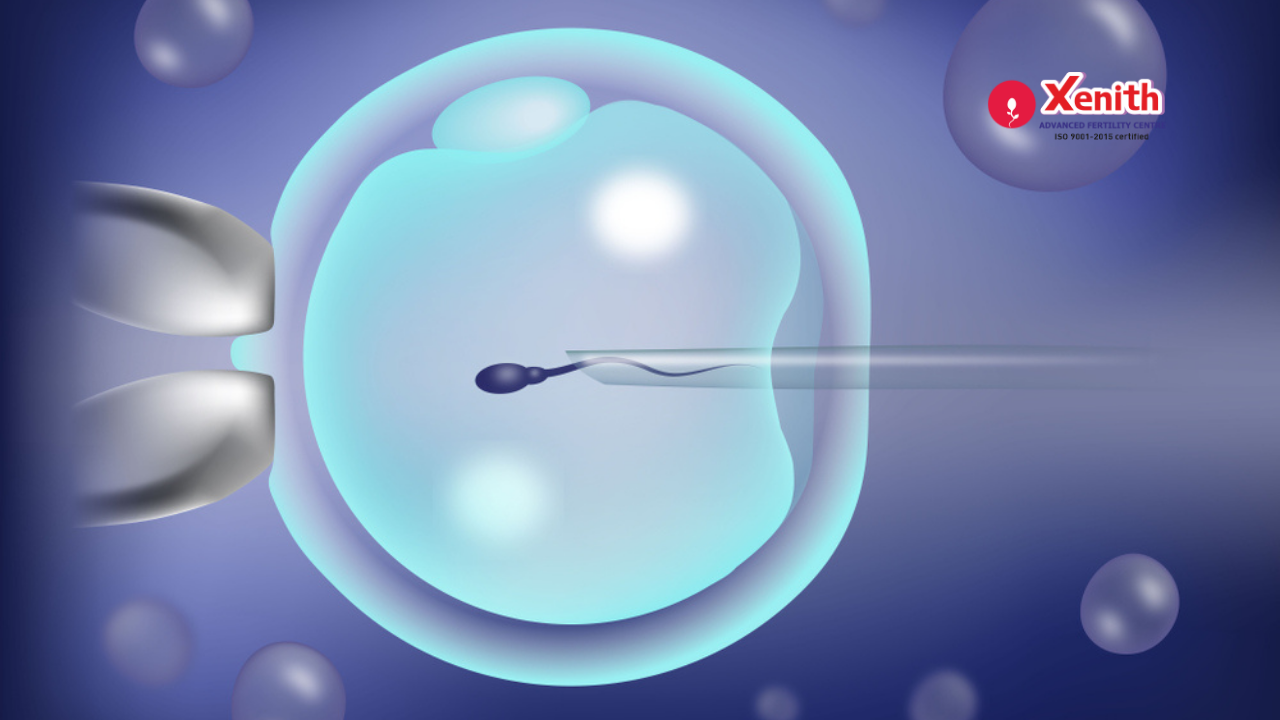 What is Intracytoplasmic Sperm Injection (ICSI)?

Intracytoplasmic Sperm Injection (ICSI) is a procedure often done in conjunction with In Vitro Fertilization (IVF) treatment and it has literally brought in new life, especially for men dealing with severe infertility. In ICSI a single sperm is loaded in an injection needle and injected into a single mature oocyte. So instead of the sperm piercing the egg and reaching it’s cytoplasm, it is injected into the egg thus enabling fertilization to happen even with extremely few or non-motile but viable sperms.

How is ICSI different from an IVF procedure?

In an IVF treatment, the egg is placed in a petri dish with lots of sperm after washing the semen sample  hoping that one of the sperm will enter the egg and fertilize it on its own in a lab setting. However, in ICSI, a single sperm is injected directly into the egg to further aid in fertilization.  Thus, it provides an opportunity for men with poor sperm quality to become a father.

When is ICSI recommended as a fertility treatment option?

The IVF treatment and the ICSI is basically the same except for the difference in how the insemination occurs.

Stimulation: The woman will be given fertility medications to stimulate egg production and maturation so that more than one egg will mature.  She will be monitored closely during this time via ultrasound and blood tests to find out exactly when the eggs will become mature.

Insemination: Once the eggs and sperms are retrieved, the fertilization is done in a lab culture dish by injecting each mature egg with a single sperm, using a  ICSI microscope. The sperms which have a normal shape and are fast-moving are selected for insemination by a trained embryologist.

Embryo formation: The inseminated eggs are then placed in an incubator which provides the best environment for the eggs to fertilize and form embryos. After about 24 hours, the eggs start showing signs of fertilization and it is closely monitored by the embryologist. It takes almost 3-5 days for the development of embryos.  Note that not every inseminated egg will get fertilized even when the sperm itself is injected into the egg.

Embryo Transfer: The fertilized embryo is then transferred back to the uterus for implantation via a thin, flexible needle.

How safe is ICSI?

When an egg is fertilized naturally in the womb, it’s basically the survival of the fittest and the healthiest and best sperm tend to fertilize the eggs. However, with ICSI, the normal looking and viable sperm is sperm is chosen and used for the insemination. ICSI may lead to a marginal increase in risk of birth defects compared to natural conceptions, although the chances of fertilization are greatly improved.  Sometimes genetic factors and the underlying causes of infertility can also affect successful pregnancy. Discuss the advantages and disadvantages of using ICSI for your specific circumstances with a fertility specialist.  Know your risks, any side effects, and what the whole procedure entails.  Speak to the IVF specialists at Xenith Advanced Fertility Centre if you would like more information about ICSI/IVF.