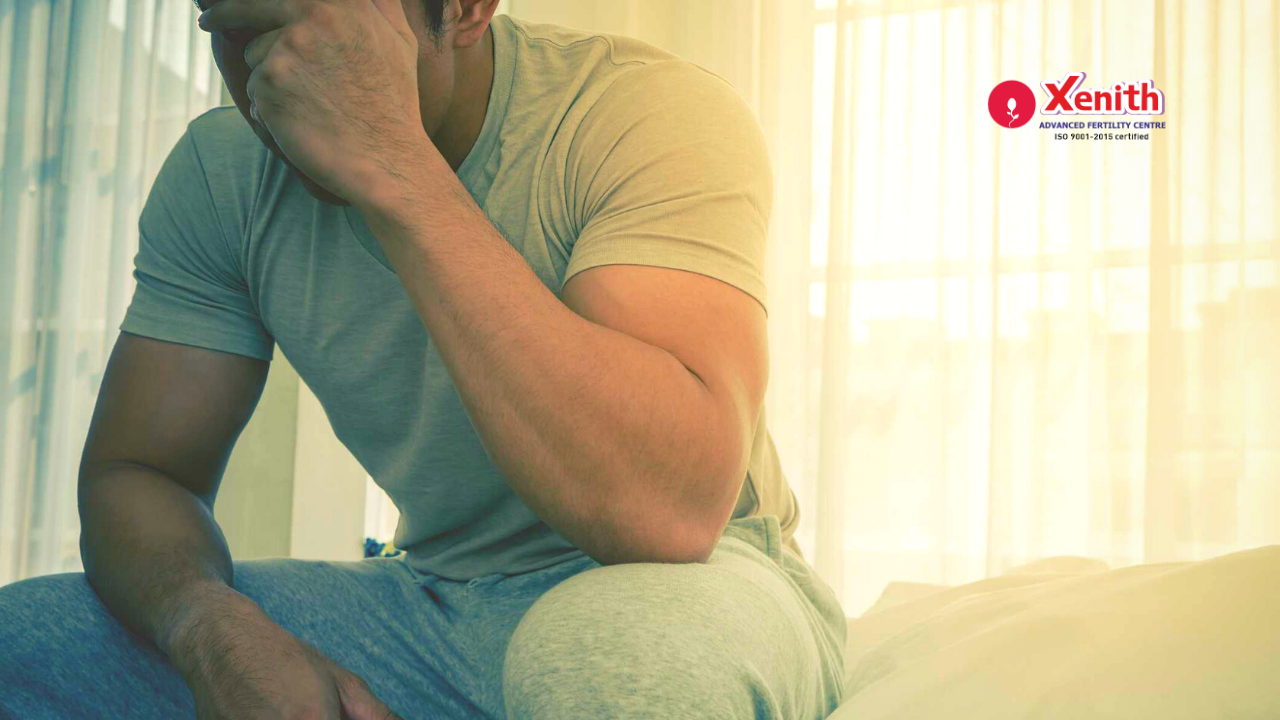 In order to have a successful pregnancy from the male perspective, there are a few things that are needed.

What could cause male infertility?

Male infertility could be due to various reasons including problems like the ones mentioned above. It could also be linked to several other causes such as:

What are the signs or symptoms of infertility in men?

Without a clinical diagnosis, it can be hard to tell if a man is infertile. There are no tell-tale signs unless there is a problem in the physiology of the male organs. In most cases, male infertility is often without symptoms and is not diagnosed until issues with conception arise. However, some of the common signs of male infertility could be:

Pain and swelling in the testicles

Testicular pain and swelling could be localized in one area or generalized around the groin. It can be caused by injury, infection, or a varicocele which is swelling of the veins within the scrotum.

Problems with reaching orgasm and ejaculating normally, could be a sign of male infertility.  There are 3 types of ejaculation problems: premature ejaculation, delayed ejaculation and retrograde ejaculation. These can be due to thyroid problems, injury, diabetes, depression, stress, anxiety, certain medication. Erectile dysfunction, the inability to achieve and maintain an erection, can also be an issue in such cases.

Over the course of life, sexual interest can wax and wane intermittently in men. In some cases, low libido, or low sexual drive, can be a temporary issue caused by relationship problems or stress at work. Persistently low sexual drive can put a strain on relationships and may be related to an underlying medical condition.

Being overweight or obese

Obesity in men is associated with lower testosterone levels, poorer sperm quality and reduced fertility as compared to men of normal weight.  However, this effect is often reversible by shedding the extra weight.

Men with smaller than normal testicles suffer from a congenital disorder known as Klinefelter’s syndrome where instead of XY chromosomes normally found in men, there is XXY chromosomes.  Due to the smaller testicle size, they do not produce enough testosterone which is needed for the development of male characteristics.

This occurs when the testicle hasn’t moved into the scrotum before or after birth.  Testicles need a cooler environment like the scrotum to function normally.  This can lead to fertility problems later on in life.

Most men have adequate and healthy sperm to fertilize their partner’s eggs even if they are unable to do so during sexual intercourse. In such cases, we employ other methods for the egg and sperm to meet such as assisted reproductive technologies like IUI, Intracytoplasmic Sperm Injection (ICSI) or Microsurgical Sperm Retrieval. In today’s modern age, infertility is mostly a thing of the past! If you suspect any signs of male infertility, visit us at Xenith Advanced Infertility.