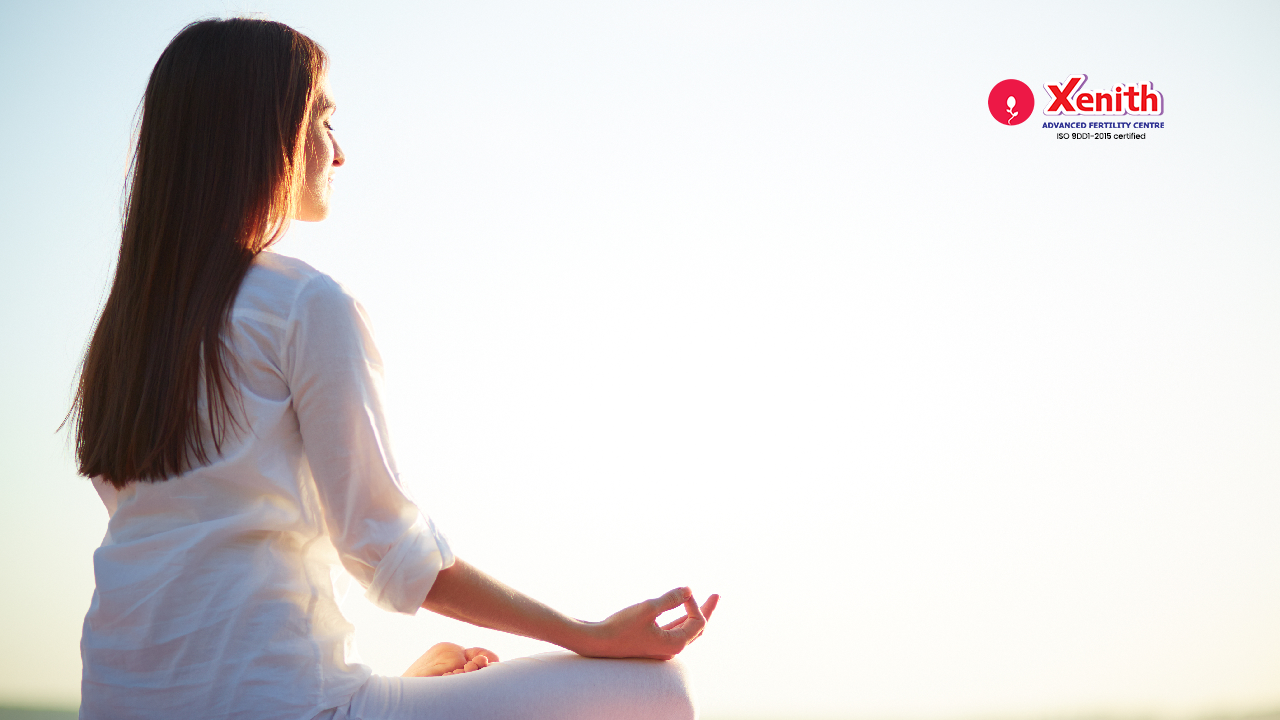 Polycystic ovary syndrome (PCOS) is a disorder of the endocrine system in women. It can lead to an imbalance in hormones which, in turn, may have implications on the metabolic, reproductive and psychological systems.

Why is it sometimes difficult to get pregnant when you have PCOS?

The endocrine system is a set of glands and organs that regulate certain processes in the body using hormones which are chemical messengers that move through the bloodstream.  Due to the imbalance, the ovaries produce higher levels of androgens (male hormones like testosterone) than normal which then interferes with the development of the egg and its release.  Some of these unreleased eggs develop into cysts, which are little fluid filled sacs. Instead of being released during ovulation, these cysts build up in the ovaries which may even get enlarged and also could lead to irregularity in ovulation.

How is PCOS diagnosed?

PCOS diagnosis, as per Rotterdam criteria, is characterized by two or more of the following: irregular or no menstrual periods, hyperandrogenism (excess of male hormones) and polycystic (multiple cysts) ovaries.  Some of the symptoms of PCOS may include irregular menstrual cycles, too much hair on face, chin, chest or other parts of the body where men usually have hair (hirsutism), acne, male pattern baldness, weight gain, darkening of skin along neck creases, in the groin and underneath breasts and presence of skin tags.

A pelvic exam, blood test for hormone levels, and an ultrasound can help diagnose PCOS.  PCOS affects each person differently and sometimes one may find out they have PCOS only after they have been unable to become pregnant.  There’s no cure for PCOS, but the symptoms could be managed by making some lifestyle changes which is something you can tackle yourself.

The Importance of Diet for Women with PCOS

Women with PCOS have been found to have a higher rate of weight gain and are more prone to obesity compared to women without PCOS.1 Thus, it can be more challenging for women with PCOS to lose weight.

Also, many women with PCOS have insulin resistance.  Insulin which is produced by the pancreas allows the body to use glucose for energy and helps balance the sugar levels in your body.  When the body doesn’t respond well to insulin due to insulin resistance, even more insulin is produced to compensate and this can in turn lead to weight gain and become more prone to diabetes.

High fiber foods can deal with insulin resistance by slowing down digestion and reducing the effect of sugar on the blood.  High fiber foods include green leafy vegetables, beans and lentils, sweet potatoes, almonds and whole grains.

Research has shown that chronic inflammation is common in women with PCOS.2  Anti-inflammatory foods include fish high in fatty acids, tomatoes, berries, dark chocolate, olive oil as well as spices like turmeric.  The Mediterranean diet emphasizes a high intake of vegetables, fruits, seafood, legumes, nuts, whole grains fermented dairy like yoghurt and olive oil. It is low in saturated fat and rich in other components like vitamins and minerals, unsaturated fatty acids and other compounds with antioxidant and anti-inflammatory properties as well as low glycemic index for regulating glucose metabolism.  It was found in one study that a Mediterranean diet combined with a low carbohydrate diet was an effective treatment for overweight PCOS patients.3 In India, an equivalent of a Mediterranean diet can be formulated by a nutritionist depending on the food you typically eat. Speak to one of our nutritionists for a recommendation on an eating plan right for your individual needs.

Exercisehas a positive effect on polycystic ovary syndrome.  It not only helps with weight loss but may also reduce the testosterone concentration in your blood.  Researchers say vigorous exercise has the highest impact on body mass index (BMI), fitness and insulin resistance in women with PCOS.  At least 120 minutes of vigorous intensity exercise each week is recommended.4  The best type of exercise is one that you will do regularly like brisk walking, biking, swimming, running and more.  Gentle low impact exercises like yoga, or Pilates can be practiced for longer durations.  Talk to your doctor about what type of exercise would be the best for you.

Don’t underestimate the rest you need

Sleep can affect your stress levels and can help balance your hormone levels.  Sleep disturbances are twice as common for women with PCOS.5 Aim for 8-10 hours of sleep, establish a regular bedtime routine and avoid stimulants and rich fatty foods before bedtime.

Mind body exercises can help to reduce stress, improve your mental health and calm your mind with techniques like yoga, tai chi, Pilates and meditation.  Women with PCOS are sometimes dealing with depression and anxiety maybe due to feelings of helplessness or other factors.  It helps to talk to a professional or have a support group to deal with this.  Take time out for walks and learn how to relax.

Watch out for chemicals in your food

Avoid endocrine disruptors which are chemicals or ingredients that interfere with or block your body’s natural hormonal reactions.  They can mimic female and male sex hormones causing confusion in your reproductive system which may increase your risk of PCOS symptoms.  They are often found in canned foods, soaps, makeup, pesticides, and bisphenol A(BPA).6 The International PCOS Guideline 2018 strongly recommends healthy eating and physical activity in women with PCOS to improve general health and quality of life.  If you have any questions about PCOS and how to combat it, feel free to contact the fertility specialists at Xenith Advanced Fertility