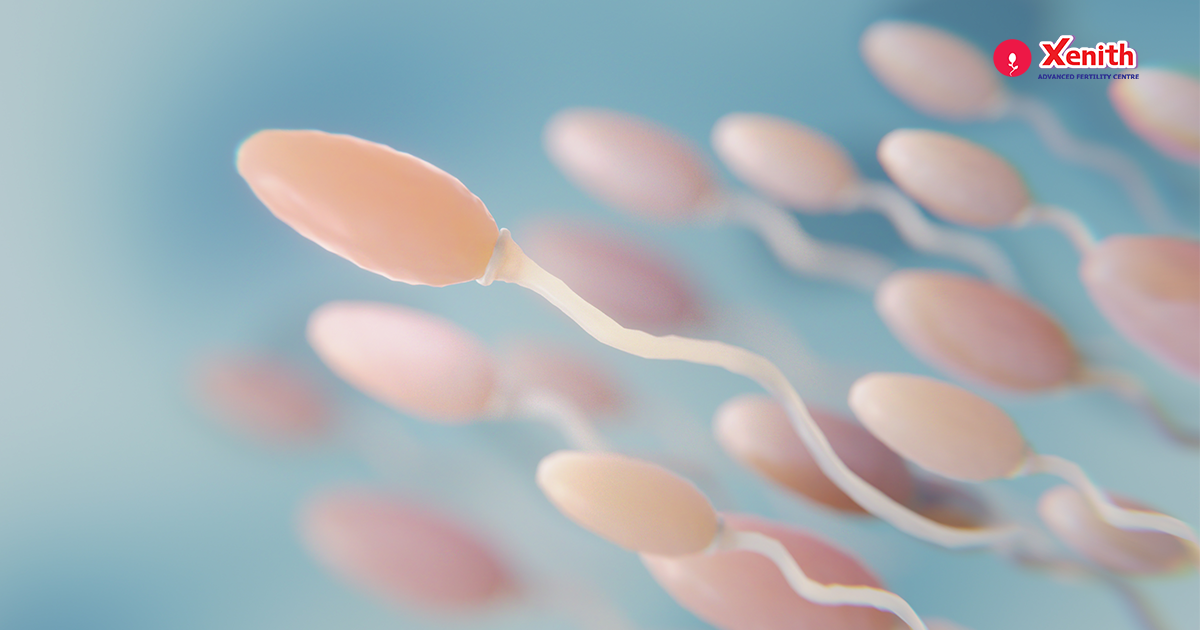 Did you know that the average man produces about 1,000 sperm per second?  Unlike women, who have a fixed number of eggs from birth, men produce sperm constantly. The sperm production process takes around 2 to 3 months.

Semen is the fluid released during ejaculation and it contains sperm along with other substances like fructose and protein.  A semen analysis test is done mainly to assess male fertility.   If you are unable to conceive after trying for 1 year of having unprotected sex if you are less than 35 years old or for 6 months if you are older than 35, then you might be dealing with infertility.   The semen analysis test might therefore be recommended by your doctor in order to check the sperm health and also look for any abnormalities and infections that could be the reason for infertility.  If the results indicate poor fertility, it doesn’t necessarily mean that conception isn’t possible and there are steps that could be taken to improve semen health and aid in conception. Usually this test should be done more than once to get accurate results because the sperm count can vary from time to time due to heat, stress, hormonal fluctuations, illness, or other factors.

Things to remember if you are getting your semen analyzed:

Avoid harmful substances like alcohol, drugs and caffeine for a week before the test.

Avoid ejaculation for a minimum of 3 days and a maximum of 7 days before the test.

Avoid certain medications like hormonal medications before the test.  Speak to your doctor if you are unsure about its effect on sperm.

It is preferable to collect the sample at the laboratory that is doing the testing because the semen sample has to be tested within 60 minutes in order to calculate the liquefaction time and the sample should be stored between 20 and 37oC to keep it viable.

How to interpret semen analysis report:

Infertility in men can cause anxiety and stress.  Doing a semen analysis test could help identify the cause of infertility due to issues with the sperm or something else.  This information could be helpful in going forward to address these issues and alleviate some of the stress and possibly aiding in conception.  A poor result doesn’t always mean that you cannot have children and there could be ways to navigate around this.  The experts at Xenith Advanced Fertility Centre would love to answer any questions you might have in this area.