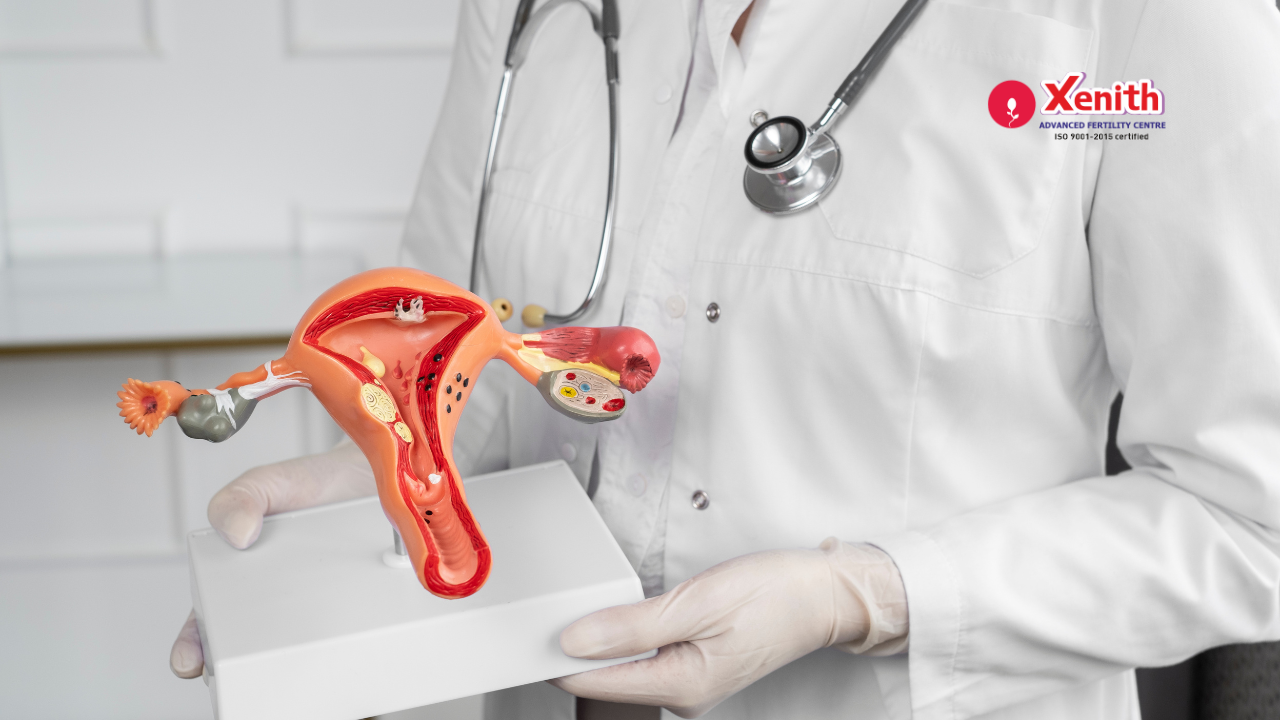 Many fertility clinics do ovarian reserve tests to evaluate women who are dealing with infertility and prior to undergoing In Vitro fertilization (IVF).  It can be used to estimate how fertile a woman is.  The results of these tests can help the doctor find out if the number of eggs is normal for that age and also to determine how much medication should be given to stimulate the ovary to produce multiple eggs.

What is ovarian reserve?

Every woman is born with all of the eggs she will ever have in her whole life (around 1 to 2 million) which means this quantity will be constantly decreasing until menopause.  By the time the woman reaches puberty, many follicles die off and this number goes down to around three to four hundred thousand.  Of these, only about 300-400 will actually mature over a woman’s lifespan.  Only at puberty, a certain part of the brain called the hypothalamus begins releasing certain hormones to stimulate some of the follicles to grow.  Follicles in the ovary start off very small as primordial follicles which contain the oocytes and lay dormant and which are too small to be seen by ultrasound.  Antral follicles are bigger follicles and measure between 2 and 10 mm and can be visible by ultrasound.  At each menstrual cycle, a few of these immature eggs enclosed in the follicle will have the potential to respond to hormones, mature and then usually only one egg will be released (ovulation) each month while the rest disintegrate.  As you age especially after 37 years, the number of follicles lost to attrition is accelerated and the quality of the eggs also decrease with age. The quality and quantity of these follicles in the ovary are called the ovarian reserve and establishes the woman’s potential to procreate.  Other than age, various other factors can decrease fertility like undergoing cancer treatment, certain genetic disorders, going through premature menopause, ovarian surgery, endometriosis, polycystic ovary syndrome(PCOS), obesity, stress, and smoking amongst other things.

What are the various ovarian reserve tests?

Body Mass Index (BMI) is a predictor of your body fat by dividing your weight in kg with your height squared (m2).  A BMI of more than 25 is considered overweight while over 30 is considered obese.  Even though it’s a useful tool, it cannot differentiate between fat and muscle.  So a very fit individual might have a higher BMI.  Thus, the doctor may also have to look at other parameters like measuring their girth or if they have more fat in their stomach region.   There are conflicting results from studies looking at the relationship between obesity and ovarian reserve.   One study found that AMH and FSH levels are significantly lower in obese than in non obese women. (3) Yet another study found no significant difference in AMH, E2 and FSH parameters between women with high BMI and waist circumference and those in the normal range. (4)  However, it was also found that women with high BMI had higher chances of having irregular cycles or no periods at all.  They also had decreased chances of pregnancy.  Losing some weight through better nutrition and exercise can improve the chances of conception. Obesity may affect ovarian response, requiring a higher dose of clomiphene citrate or follicle-stimulating hormone (FSH) to trigger ovulation.  Obesity in men can also lead to fertility issues as it can affect sperm function and count.As noted above, there is no single test in isolation that can give an completely accurate picture of ovarian reserve and fertility. Therefore, a combination of various tests are used by specialists to improve their assessment of what is going on.  The specialists are Xenith Advanced Fertility Centre are very knowledgeable in this field and if you are struggling for answers, please come talk to them in order to move forward and improve your chances of pregnancy.